Finished the first Draft of my Novel,
To be Published in late Spring 2015.
Just finished the artwork on the cover for my 3rd book, my first Novel. What do you think?


Thinking about a name for this one, suggestions welcome!

During the winter of 367 AD the Celts by now pushed to Ireland and Scotland, predominantly, knew that Christianity was sweeping through mainland Europe and Britain. They had observed the power of this new faith and the wrath of Constantine's push, from 30 years beforehand to crush paganism. The Picts, (Celts from Scotland) joined forces with their brothers from Ireland, Britain and Europe to take advantage of the otherwise busied Roman Empire. They made moves on Roman garrisons in the Gaul and Britain, starting from Hadrians wall, where the Roman commander and his men turned coat and joined forces with the rest to go against the Roman army in these areas. The Celtic priests (Druids) had foreseen the outcome during a divination ritual, held by the nine elder druids. They foreseen the Roman Empire striking back and driving the Celts and their allies to their borders. The druids knew the Roman empire would take back Britain and the Gaul and although they hadn't taken Ireland, this might encourage them to take over Ireland and Scotland. If this was the case, they knew that their culture would be wiped out. Their people would be forced to join the new faith or die. They didn't fear dying but rather feared losing the accumulated knowledge which had passed from generation to generation back since the the beginning.

Still working on this one, aiming for my first novel. I will put up a synopsis shortly. 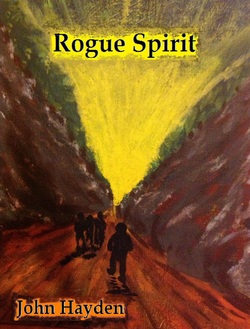 This book is being revamped, and available soon!

Every six months, in the months of February and August for a three week cycle, a part of earth while on its orbital path connects with a part of the ether, where dark spirits reside. During this three week spree, the ogre (one of the main spirits from this dimension) mercilessly consumes the souls of those he catches roaming around his territory.
Four youths set out on a trip to see if there is any truth to the myths. They venture forth defying all the palpable warnings from news articles, media and some real life accounts of occurrences on and around what was now known as 'the crest of doom'. They soon realise that they have stepped into terra incognito. The place is shrouded in mist, eerie sounds and pungent odours, they think that's all there is, but the darkness is coming, and they've nowhere to hide.

A Throwback in Evolution 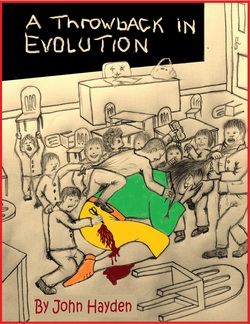 This book is being revamped, and available soon!

A ball of transparent purple gas appears in our atmosphere. Majority of babies born around this time have been affected, they are behaving exceptionally irrational. It’s soon discovered that their brains are not developing properly. Arthur was born around this time, he seemed to be unaffected. The world governments know there is an epidemic when these children reach school age and are forced to impose restrictions on class sizes for the safety of the teachers and pupils. As a result Arthur lands in a class where most of the other children are affected and acting wild. A boy in Arthur’s class named Zack is a stocky build and a bully. On a daily basis he is up to evil mischief, beating and intimidating the other pupils. One day he leads a group to attack and kill the teacher. Arthur played no part but was tarred with the same brush. They become the youngest offenders ever to be imprisoned. Arthur goes through hell during his incarceration at the hands of Zack. After their release from prison, the world by now full of children and teenagers acting like animals is not a safe place. The world leaders decide to segregate massive portions of each country with thirty foot walls to isolate the really nasty teenagers as the prisons bulge with the ever increasing population of these kids.
Arthur thinks Zack is finally out of his life, but to the contrary, Zack takes over the segregated area builds an army and is Arthur’s tormentor for years to come. Arthur, placid by nature is compelled to take vengeance on Zack after Zack attacks the most precious people in his life, his parents and his beloved girlfriend. He has to break in to the segregated area where Zack resides knowing he stands alone against Zack and his army of deranged teenagers.

A video of my public reading from my e-book,
'A Throwback in Evolution' at the Dundalk book festival April 2013
http://www.youtube.com/watch?v=ZVIA1RboGX8

For resourses related to authors, poets, publishers and some wonderful tips and threads check out;  writers.ie

Site under construction
Powered by